In October of 2000, two couples that attended a local church in Fayetteville, Arkansas began to pray about the possibility of starting a new church that would allow them more freedom and flexibility in practicing their Christian faith. They desired to be part of a church body that had a ministry based on small groups and a celebrative, contemporary style of worship. They wanted a church that was a place of healing for the spiritually wounded, and appealing to their unchurched friends, as well as believers from other traditions.

By January of 2001, that core group had grown to six couples who began to pray more earnestly. After finally receiving what the group believed was affirmation from God, on May 27, 2001 fifty-two people met at Holt Middle School to begin an adventure of grace called New Heights Church. From the beginning New Heights has had a passion for prayer and an openness to follow God's lead, even if it didn't seem to make sense. 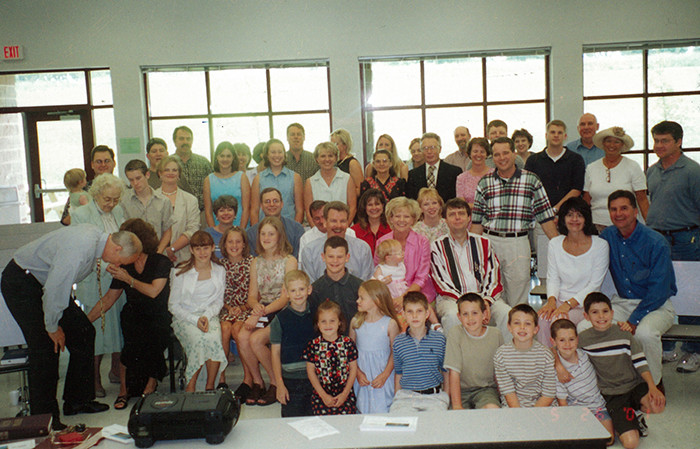 At that time no one could imagine what God would do, but it soon became evident that He was up to something significant. The core group who began the church had a heart to help the hurting and broken in their community, and God added to that a heart to reach the nations with the good news of Jesus. Watch some of their stories here.

The congregation experienced dramatic growth. By 2012 the average Sunday attendance hovered close to 2000 people, and The Boys and Girls Club where New Heights now met could no longer hold everyone. Rather than build their own building, New Heights decided to partner with The Boys and Girls Club of Fayetteville to expand their facility to better serve both the church and the club. The project was completed in early 2015 and was a huge win for all involved: the church, the club, and the community. 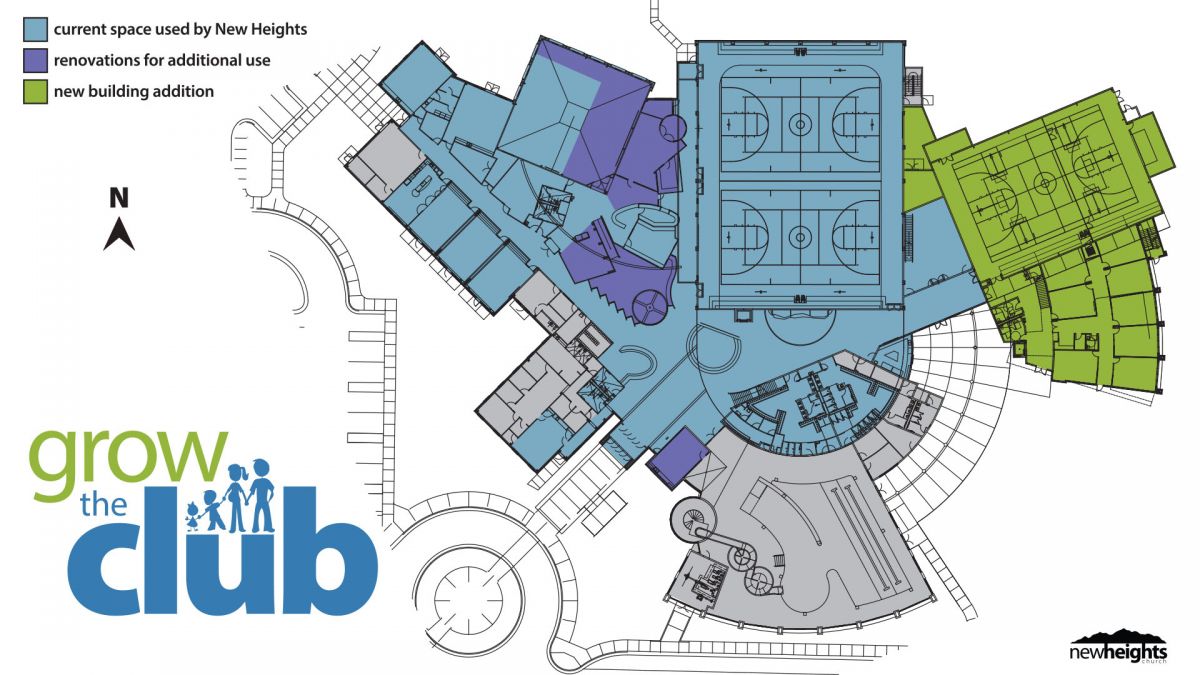 It has been thrilling to see God build a richly diverse but unified congregation. New Heights has become home to people of many different ethnic, socio-economic, theological and educational backgrounds. A passion for prayer and for reaching the hurting and broken with the good news of Jesus still drives the church, and is expressed in their vision to Love God Passionately, Love People Tangibly. It's exciting to think about what God will do next!

As New Heights has grown, it's organizational structure has had to grow and change too. New Heights is an elder-led church, meaning that a group of elders make directional decisions, guard the church’s mission, cast vision, and ensure the health of the congregation. The elders entrust the day-to-day operations and ministry to the New Heights staff and key volunteers. Various elders and staff also provide input and oversight for New Heights' ministries that are outside of the core church experience. The chart below gives a high-level glimpse of our current structure.

In 2004, several church leaders took a class called Perspectives, and it rocked their world. A desire to be part of the world missions movement swept through the church, eventually leading several staff members and many members of the congregation to move overseas. In 2010, the missions arm of the church became a separate non-profit run by the church, called Global Outfitters. It supports a wide variety of missions endeavors around the world.

Early on in its history, the leadership of New Heights began praying for a way to provide both Christian and traditional counseling to the community. In 2010, that prayer became reality when the church partnered with several counselors to open The Joshua Center. It has since grown to become the largest counseling center in Arkansas, providing services not just to our congregation, but to many people and organizations throughout the state. The Joshua Center also has affiliated offices nationally and internationally.

While some ministries are started by staff, many of the unique things that New Heights is involved in come from members of the congregation. For example, a woman in the church brought up the concept of using women's fashion to fund ministry to disenfranchised women. In 2016, New Heights launched an up-scale women’s thrift boutique store chain called Beautiful Lives Boutique. Proceeds from the stores support a variety of local and international ministries. In 2017, another woman in the congregation had a burden for helping support families involved in foster care and adoption. She brought that need to the church leaders and Belong ministry was born.

In 2018, New Heights began a preschool program called Preschool Place as an outreach to the Fayetteville community. The program utilizes some of the facilities that the church built for The Boys and Girls Club.

In 2020, due to the Coronavirus Pandemic, we began livestreaming our services, with people joining us online from around the world. You can now watch our services on our watch page and our YouTube channel.

Join us on this spiritual adventure as we seek to stay in step with the Spirit of Jesus and where He's guiding our church.